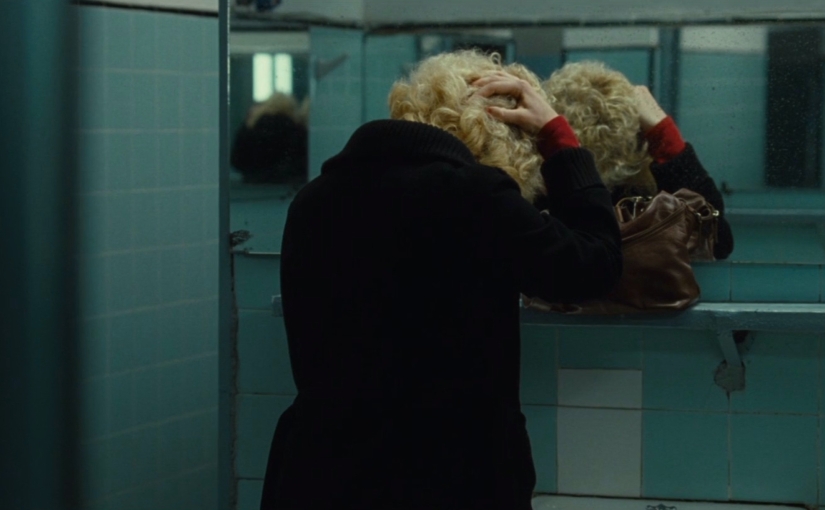 Guilt and paranoia haunt every second of Vero’s waking life. From the moment she hits something with her car on a rural road in Argentina, her mental state starts to slip away. As she drives off, we see a dog lying dead, and we might be sure that is all there is to it. For her, it’s not. Her suspicion that it was in fact a person who she killed is only exacerbated by the recovery of a young boy’s body from a nearby canal, while all around her friends and family try to soothe her concerns. Soon enough, we start to doubt what we saw as well. Lucrecia Martel’s uneasy atmosphere doesn’t let up all through The Headless Woman, purposefully disorientating us from any firm understanding of Vero’s true actions, and leaving in its place a façade of bourgeoisie privilege that one can either expose and risk losing, or accept at face value.

Were this narrative to move in more conventional directions, it might have been a densely plotted mystery leading towards some grand reveal towards its conclusion. But here, no one present is properly invested in understanding the truth of Vero’s accident, and as such the answers we naturally gravitate towards seem impossible to grasp. There is something of Michael Haneke’s cold, detached style of open-ended storytelling here, especially when considering Martel’s social critique of those wealthy European citizens who wilfully ignore the presence of lower-class troubles which they are largely responsible for. It is as if two entirely different worlds live side-by-side in Vero’s everyday life, divided by economic disparity, social status, and skin colour, and invisible to each other on every level.

Even if it was simply a dog that Vero ran over and even if the boy did die under unrelated circumstances, there still lies a cold horror in the way her husband appears to cover her tracks. Martel is sure to deliver these narrative progressions as sly understatements, almost like passing thoughts that one must not dwell on for too long. They often go unchallenged by Vero too, who is largely unable to communicate her thoughts beyond bewildered silences and short, uncertain responses. Maria Onetto often feels barely present in this role, moving like a wispy ghost afraid to affect the world more than she already has. All it takes are some hands over her eyes and a whispered “Guess who?” to trigger an extreme panic, and in that instant she seems as if she is ready to face her own death.

Martel rarely pulls her camera back far enough to remove us from the immediate vicinity of Onetto’s face, but when she does it is notable the number of times that she frames a shot to obscure the actress’ head from the composition, as the film’s title suggests. Elsewhere, we are held back from easy readings of facial expressions that are kept out of focus, turned at slight angles, or otherwise silhouetted against rain-glazed car windows, diminishing Vero’s presence within her surroundings. In choosing to shoot so frequently in close-ups while keeping us detached from faces, there is a tension woven into the film’s formal construction. Where the director is trying to push her camera in closer, her subject is actively hiding from its view, suffocating behind visual obstructions that keep us from fully grasping her mental state or the details of specific settings.

Despite the abundance of close-ups seeming distant from Haneke’s own characteristic wide shots, there is still something distinctly reminiscent of his icy style seeping through in Martel’s long, static takes, dispassionately observing the tortured subject upon whom her camera is fixed. Perhaps the most memorable is that which sits in Vero’s passenger seat when she first crashes her car, letting her shock and fear settle in real time across the scene. Just as memorable though is the final shot of the film, which very subtly tracks Vero’s movements through a crowded party. It remains unwavering in its intent, refusing to cut until she entirely disappears, absorbed back into the mass of middle class of men and women with whom she mingles.

With no resolution to her questions of guilt, there are few other options other than to live with the same blind privilege that upholds an entire class system built to preserve its own ignorance and wealth. The guilt that carries through The Headless Woman is as fleeting as the film itself, evaporating before it gets a chance to justify itself, but for the time that it does hang around in Vero’s life, it remains an exhausting, mortifying force of self-loathing.

The Headless Woman is not currently streaming in Australia.