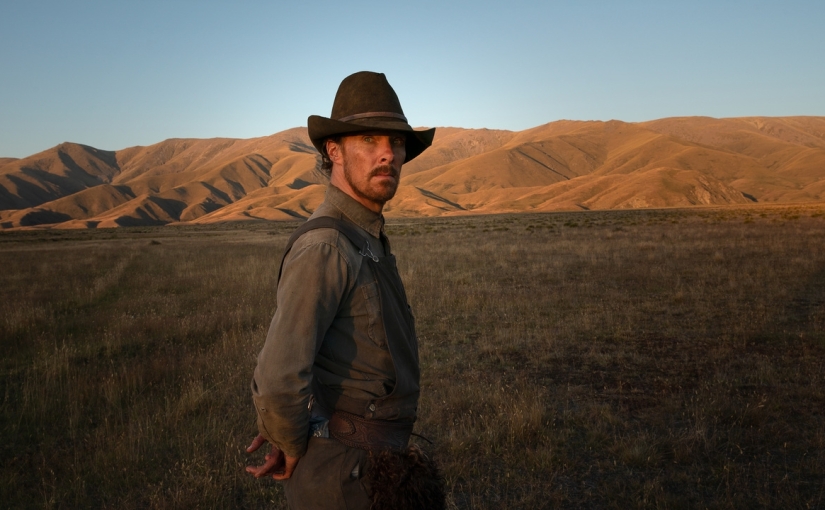 “What kind of man would I be if I did not help my mother?” ponders young aspiring veterinarian, Peter Gordon, in the opening lines of The Power of the Dog. He is an image of masculinity not often found in westerns like these – thin, effeminate, intelligent, and standing out drastically among the loud, boisterous farmhands who sneeringly make jabs at him. The only reason he has ended up on this farm in the first place is because of his mother, Rose, whose recent marriage to wealthy rancher George Burbank has forced him into close quarters with his step-father’s particularly nasty brother, Phil. Several times through the film Jane Campion shifts our perceptions of who exactly is the main character here, which although at times leads to a little unevenness in the storytelling, is crucial to the final crack of the whip landed in the final scene, forcing us to reconsider our notions of what sort of men held real power in this period of pioneering American history.

It might have looked like Campion was done with making feature films after her 2009 film Bright Star, but The Power of the Dog marks one of the more remarkable career resurrections of this century. As a director with a flair for unhurriedly building out the inner worlds of rich characters, there are many times during this film that we might assume her wandering focus on seemingly irrelevant aspects such as Phil’s careless disregard for wearing gloves or Pete’s surprisingly clinical attitude towards dissecting animals are simply there to flesh them out in fascinating detail. This purpose is certainly served, and very effectively at that, and yet the macabre manner in which the pieces all fall into place within this deliberately paced plot lends it an almost Hitchcockian bent.

Until this moment though, The Power of the Dog simmers with mesmerising tension between each of our four main characters, pushing their interactions agonisingly close to boiling point before letting them cool back down with some new shift in dynamics established between them. Benedict Cumberbatch often acts as the oppressive force in these situations, delivering what will go down as one of his great film performances in the role of the cruel, brow-beating Phil. This is a man who tauntingly calls his brother “fatso”, maliciously burns the delicate paper flowers that Pete designs, and in one scene, silently intimidates Rose in a musical duel between their instruments. Unlike him, she is not as refined a musician, and to him her lack of confidence becomes a prime target. As she plays her piano and Campion’s camera drifts forward, we begin to catch onto the quiet sound of a banjo expertly mimicking her melody from upstairs. Each time she stumbles, the camera and banjo both similarly pause as well, the latter purposefully mocking her own insecurity. Without so much as a word, Phil continues to make his terrible presence known until she gives up entirely, and even then he continues to play forcefully through the empty space previously occupied by her music.

The depth with which Campion eventually grants this cruel character isn’t quite an act of empathy, but rather one of understanding, using him as a vessel through which she can pry into the history, customs, and fabrications of American masculinity. Phil’s nostalgic yearning for an era where “real men” ran society is not so much an assertion of specific gender ideals as it is a wistful longing after one particular man, Bronco Henry, whose heavy presence still hangs over the farm. The suggestions of some sort of romance between Phil and his once-mentor are more than implied, especially when he tries to set himself up as a similar sort of idol and takes his antagonistic relationship with Pete in a new direction.

Such vulnerable depictions of the Old West and its masculine “protectors” play right into Campion’s strengths in capturing stunning, wild vistas in soft natural light. Though The Power of the Dog is set in 1925 Montana, the South Island of New Zealand is her choice of shooting location, and indeed this film belongs among the most beautiful shot in this nation’s crisp, picturesque landscapes. Her majestic establishing shots are certainly worth marvelling at, but it is those images caught from the dark interior of stables looking out upon the flat planes and rolling mountains that truly astound in their compositional magnificence, calling back to The Searchers in the elegant framing of characters within bright, open doorways and windows.

It is the struggle for dominance over this delicate beauty that lies at the heart of The Power of the Dog. Just as pioneers tame and cultivate the land, so too do they assert control over the society that lives off it, but it is also those with tender hearts and practical minds who carry the power to destabilise that authority. Within the mesmerising power plays between brothers, musicians, ranchers, and family members, Campion paints out duelling images of the Old West, neither of which clash in violent shootouts so much as they quietly manipulate each other according to their own visions of America’s future.

The Power of the Dog is currently available to stream on Netflix.