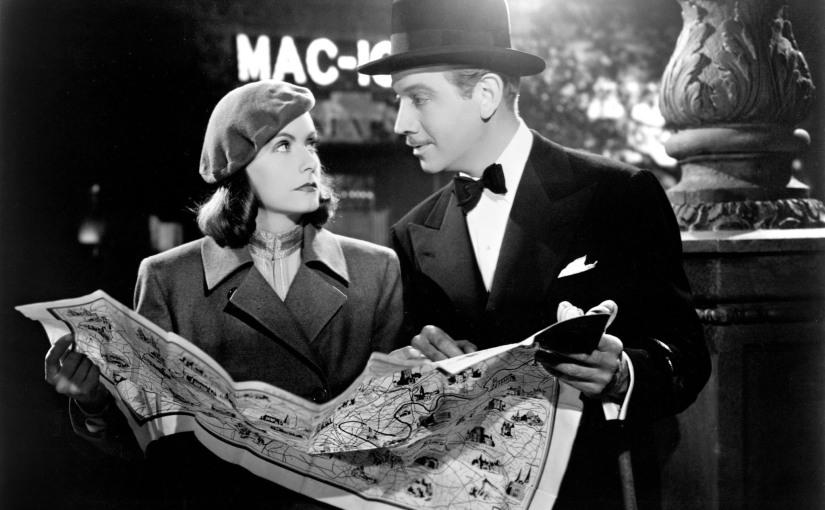 While screwball heroines of the 1930s were charming men with their flighty mannerisms and wily turns of phrase, silent film veteran Greta Garbo was setting herself on an entirely different comedic path. Nina Ivanovna Yakushova – or Ninotchka for short – is sullen, stern, and dead serious, arriving in France to conduct legal business for Russian clients. This is a character we might not attach to so easily were it not for Garbo’s utter deadpan, a marvellous screenplay co-written by Billy Wilder, and Ernst Lubitsch’s own sophisticated directorial touch, bringing a delicate air of whimsy and wit to even the most forthright proceedings.

Though the character of Ninotchka is largely absent for the opening 20 minutes, she is also the foundation upon which this film largely rests, as her arrival is heralded in advance by her bumbling clients searching for the mysterious Russian diplomat at a train station. As they stumble around looking for a man, Lubitsch shifts his camera very gradually to reveal a figure standing in the background – a woman in a sharp coat and long skirt, eyeing them off with disdain. This is not someone who caters to the fanciful needs and expectations of the men around her. Ninotchka is like a statue, unyielding, waiting for us to come to her.

Then there is Count Leon d’Algout, her English adversary and new paramour, who, while not being quite as compelling a character, provides a more flamboyant counterpoint to her severity. Where she speaks of love as “a romantic designation for a most ordinary biological process,” he tenderly talks of Paris as a city split into two halves, but drawn amorously together. As the two look out at a view of the city lights, she disparages western culture as an indulgent, self-destructive culture, and from both their incongruent perspectives emerges one side of a conversation attempting flirtatious repartee, and another side maintaining a hilariously impassive rationality.

“You must admit that this doomed civilisation sparkles. Look at it. It glitters.”

“I do not deny its beauty, but it’s a waste of electricity.”

This is a woman who sees a trip to the powder room as an opportunity to spread Marxist propaganda, and yet for all of her detachment to the western world, there is indeed some truth in Leon’s poetic musings. While he grows sympathetic to her political ideologies, she begins to indulge a little in capitalistic luxuries, and all of a sudden, his talk of two halves becoming one moves just a little closer to reality. It takes a director as known for his classy “touch” as Lubitsch to smoothly integrate such clashing elements together under an elegantly blossoming romance, and then puncture that with brilliantly straight-faced bluntness. He may have directed films with a keener sense of subtextual wit, but none which feature as magnificent a character as Garbo’s comically deadpan Ninotchka.

Ninotchka is currently available to stream on The Criterion Channel, and available to rent or buy on iTunes, YouTube, and Google Play.