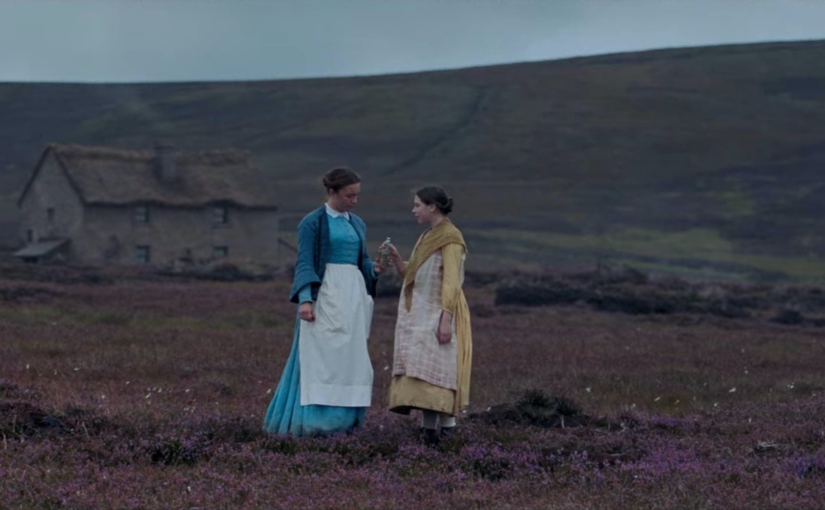 The false miracle which the impoverished O’Donnell family devote their entire lives to in The Wonder makes for a dangerous illusion. It would be comforting for many to imagine that God has blessed their young 11-year-old girl, Anna, with the ability to survive without food, especially given the recent trauma of the Great Famine which saw millions starve across Ireland. There are deeper wounds than that haunting the O’Donnells though, too troubling for them to address head-on without some religious justification. Belief is a prison for young Anna – or is it freedom, liberating her from the scars of abuse? Perspective is key to understanding the subjective nature of these delicate fantasies, suggests director Sebastián Lelio, whose direction takes a self-reflexive step back from this tale of desperate faith to examine it as an introspective metanarrative.

His Brechtian intentions are clear right too from the very first shot, where the film’s own soundstage stands with it sets all built, ready for shooting. As the camera pans across the scene, a narrator guides us in, encouraging a suspension of disbelief which itself will soon come under our own scrutiny.

“The people you are about to meet, the characters, believe in their stories with complete devotion. We are nothing without stories. And so we invite you to believe in this one.”

It is a bold, postmodern swing from Lelio, and one that might rely a little too much on heavy-handed exposition in these opening lines. Very gradually, his camera drifts from the studio into a ship set where Florence Pugh’s English nurse, Lib, is en route to her station in rural Ireland, tasked with observing and reporting on young Anna’s miraculous fast. From this point on, Lelio weaves in his fourth wall breaks far more delicately, immersing us into his painstakingly accurate period detail so that we may forget the artifice that lies just outside the camera’s view.

Once we are fully absorbed into this historical setting, it quickly becomes apparent just how marvellous an achievement The Wonder is in its rusticated production design, with the green paint peeling off walls and rusticated décor speaking to the desperation of the era. Just as gorgeous are the beguiling tracking shots which roll through these candlelit interiors, and the Irish landscapes which consume the O’Donnell’s family cottage in a sea of rolling green hills and grey skies. It certainly helps having cinematographer Ari Wegner onboard too with her penchant for shooting natural light, which she only recently proved in The Power of the Dog. As much as this is a visually mesmerising experience though, The Wonder is also an eloquent deconstruction of its own fictitiousness, intermittently ripping us from the film’s verisimilitude to remind us of the fabricated psychodrama we have invested in.

During Lib’s stay with the O’Donnells she encounters William, another sceptic who has been drawn to this miracle and is now looking to expose it in the media. The two find common ground, both having lost family in tragic circumstances and now believing they are witnessing Anna’s own death through the neglect of her own parents. It his gift to the young girl which has the greatest metaphorical significance in this tale though – an optical illusion toy which, when spun, blends a picture of a bird and a cage together to form a single image. So then, is the bird trapped or free? “That’s for you to decide. Inside. Outside,” William answers her.

Lelio smoothly ties this visual conceit into his long dissolves, superimposing Anna’s slumber over Lib’s journey across a field in one glorious composition, but even more powerfully we find Pugh’s own face trapped inside that cage as the toy continues to spin. She may not be confined to any faith in the same way as Anna or her family, but the way she ritualistically plays with the tiny boots of her deceased baby, it appears that she is enslaved to a fantasy of a different kind.

And so too are we, Lelio reminds us, with the repeated mantra of “In. Out. In. Out,” reflecting our own cyclical shift in and out of this immersion. To simultaneously believe in a comforting lie and to understand its separation from reality is the balance that must be struck, and as Anna keeps growing sicker, the O’Donnells only dig deeper into their self-delusion, praying that she will at least be granted a sacred death.

The only way to find healing from the prison of old beliefs is to let them die and be reborn as new ones, and therein lies the only true salvation for those in The Wonder haunted by past traumas. These illusions need not be destructive, but as we see in Lib’s case, they can offer new opportunities for self-reflection and growth. Once again, Lelio turns that back on us with his bookended return to the film’s own soundstage. “In. Out. In. Out,” chants our narrator – quite curiously Anna’s own sister – asking us both to believe in and observe these events from afar. It is an unexpectedly provocative period drama he constructs here, purposefully dismantling its own form to examine the purpose it holds as a piece of metafiction, but it is through such profound introspection that he paradoxically draws us even deeper into its richly designed world of believers and sceptics.

The Wonder is currently streaming on Netflix.