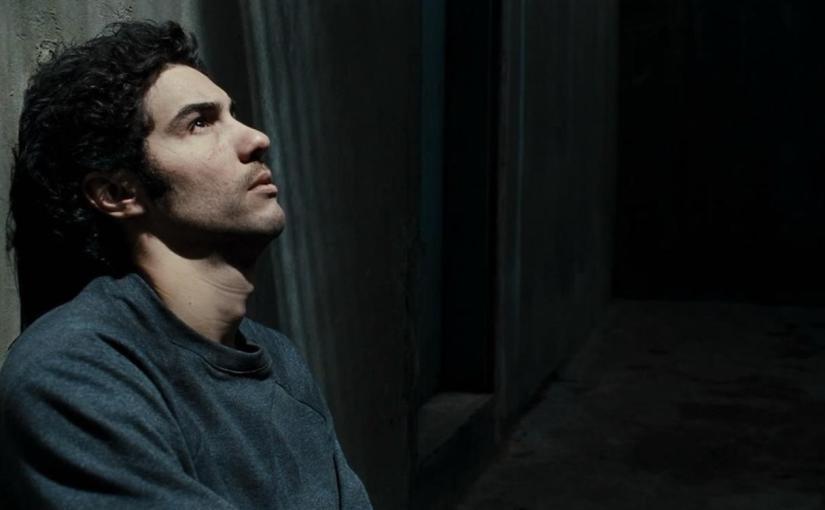 In the lineage of epic gangster films stretching from the original 1932 Scarface, through the genre’s resurgence in the 70s, and all the way to the present day, Jacques Audiard’s A Prophet slots in neatly as a drama just as rich in character development and narrative power as any of its predecessors. The traditional rags-to-riches story arc finds new life in Algerian teen Malik El Djebena, whose six-year prison sentence lands him in the midst of a gang war between Muslim and Corsican inmates. Malik, being neither, is taken under the wing of the Corsican mob after carrying out an assassination on a Muslim prisoner, Reyeb, then later earns the trust of the Muslims as well after learning more about his own heritage.

Audiard’s stylistic approach to the raw grittiness of the piece emerges in his handheld camera and cool, blue wash all through the penitentiary, within which his detailed accounts of the gangs’ complex power structures unfold and root this narrative in a modern-day, multicultural France. The contained scope is captured in high-angle wide shots of the prison courtyard where the rival factions congregate on either side, the disdain hanging thick in the open, empty space between them. Though all the inmates speak French, the language divide of Arabic and Corsican serves to isolate them from each other, and it is Malik’s resolve to defeat his illiteracy and master all three languages that provides him the key to great power, becoming “the eyes and ears” of the prison. In playing both fields he gradually finds himself rising up the ranks of the mob hierarchy, this upwards trajectory bookmarked by chapter titles imprinted over freeze frames and slow-motion shots that temporarily remove us from the immediate action.

These formal breaks are further justified by the bursts of magical realism which make their way into Malik’s otherwise grounded journey, endowing him with a divine clairvoyancy. On a practical level, it is a reflection of his ability to reach further than his usual grasp through his learned multilingualism and sharp wit, and yet within his own mind it manifests as ghostly visions of Reyeb, acting as his spiritual guide. In this ethereal form, holy fire follows Reyeb whenever he appears, sometimes wreathing and burning his body, and at other times burning atop his finger as a flame. Through all of Malik’s loneliest moments, Reyeb is there offering wisdom and companionship, but also silently reminding him of the sinful act that set him on this path.

If we were to doubt the reality of such hallucinatory visions, then Audiard brings Malik’s two worlds together at just the right moment during a tricky business dealing, when his prophecy of a car colliding with a wild deer comes to manifest. At this point, as the deer is flung high up into the air, Audiard returns to the slow-motion photography we have witnessed in his chapter breaks, emphasising this manifestation of Malik’s spiritual gift. Just as he wins the astonished respect of those present to witness his prophecy, he similarly goes on to earn the esteem of high-level mafia operators with his insight and diplomacy, leaping over those who he once served. The model of reformation that Malik embodies might superficially point to the success of the justice system, as he does indeed come out from behind bars with an education, refreshed spirituality, and a new lease on life. And yet there is a distinct irony to the fact that in achieving these goals, prison has also incidentally turned a petty criminal into a drug kingpin. As Malik finally reaches the end of his six-year sentence and suavely leaves with a leather jacket and neat haircut, Audiard’s powerful final shot reveals an entourage of black cars silently trailing behind them. Now with a mass of allies and associates, endless opportunities await the Algerian prophet and crime lord as he continues to expand his empire into the society that once despised him.

A Prophet is currently available to rent or buy on iTunes, YouTube, and Google Play.